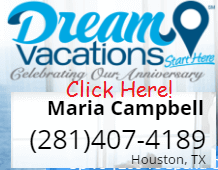 A Pleasant Visit to Houston

Once I got there, things went well in Houston.  My youngest son Benjamin, is in town from UT Dallas for the Holiday.  He drove across town to the truck yard to pick me up.  His mother is visiting her sister and his brother at work. It is truly a blessing when  your children can drive. Admittedly this state of affairs required endless driving lessons, parental anguish and teenage angst.  But, it is times like this – when the children are all grown up and responsible – that make all that effort seem worthwhile. 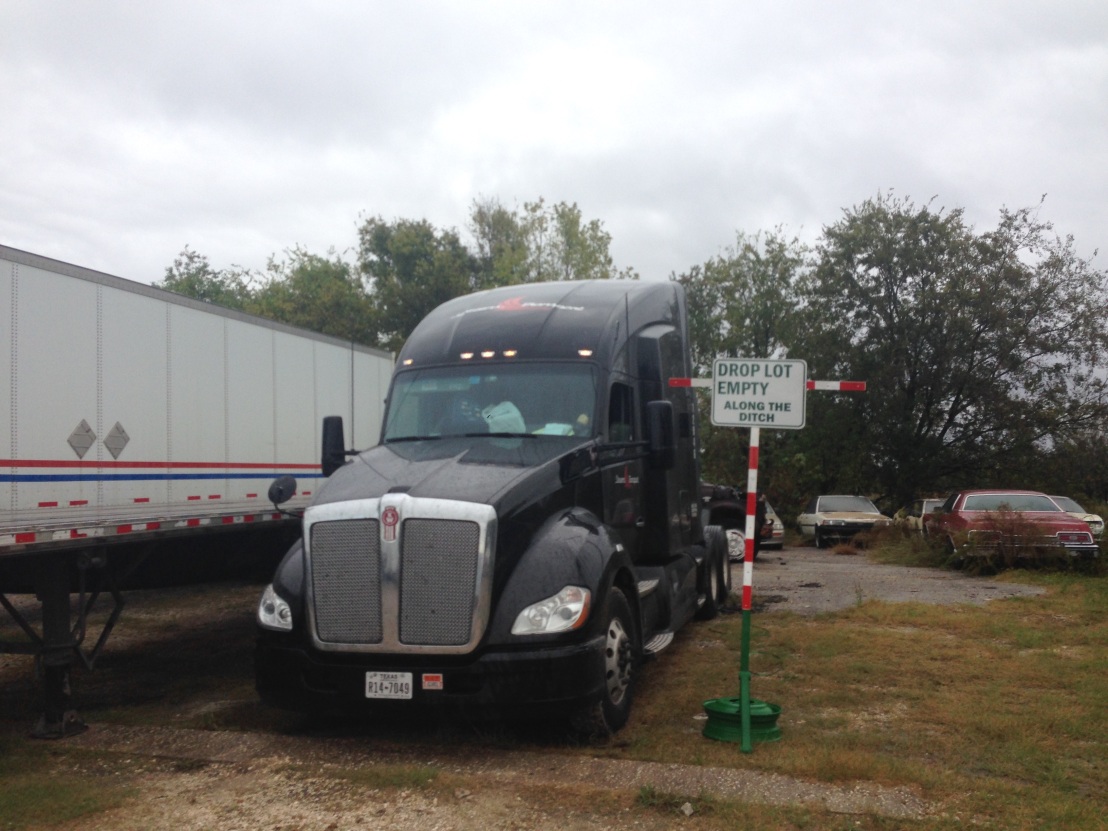 Above:  Here in the Houston yard, the truck will await my return.  Some drivers leave their cars in this  yard while they are driving for weeks or months.  The units behind the truck have all become permanent residents and are slowly being reclaimed by the elements.  I am sure each has a sad story of how it came to be abandoned.

The next load after my  home leave was a load of dead chickens to California.  I have been nursing a sore throat and the dominant activity in non-driving hours has become “attempting to sleep”.  It is also a trip with little time to spare.  So, updates will be sporadic and brief.  Italics like these indicate when the narrative is “present tense” – remarks about the current situation and location.  Normal text tells you I am remembering something from elsewhere and “elsewhen”.

The first order of business when arriving home was a shower.  Yes, there are showers available for free (actually for “loyalty points”) at the truck stops.  But, often, truck stops are not where you need to stop.  There are rest, parking, historical, scenic and picnic areas along the highways that  offer various degrees of comfort, but no showers at all. 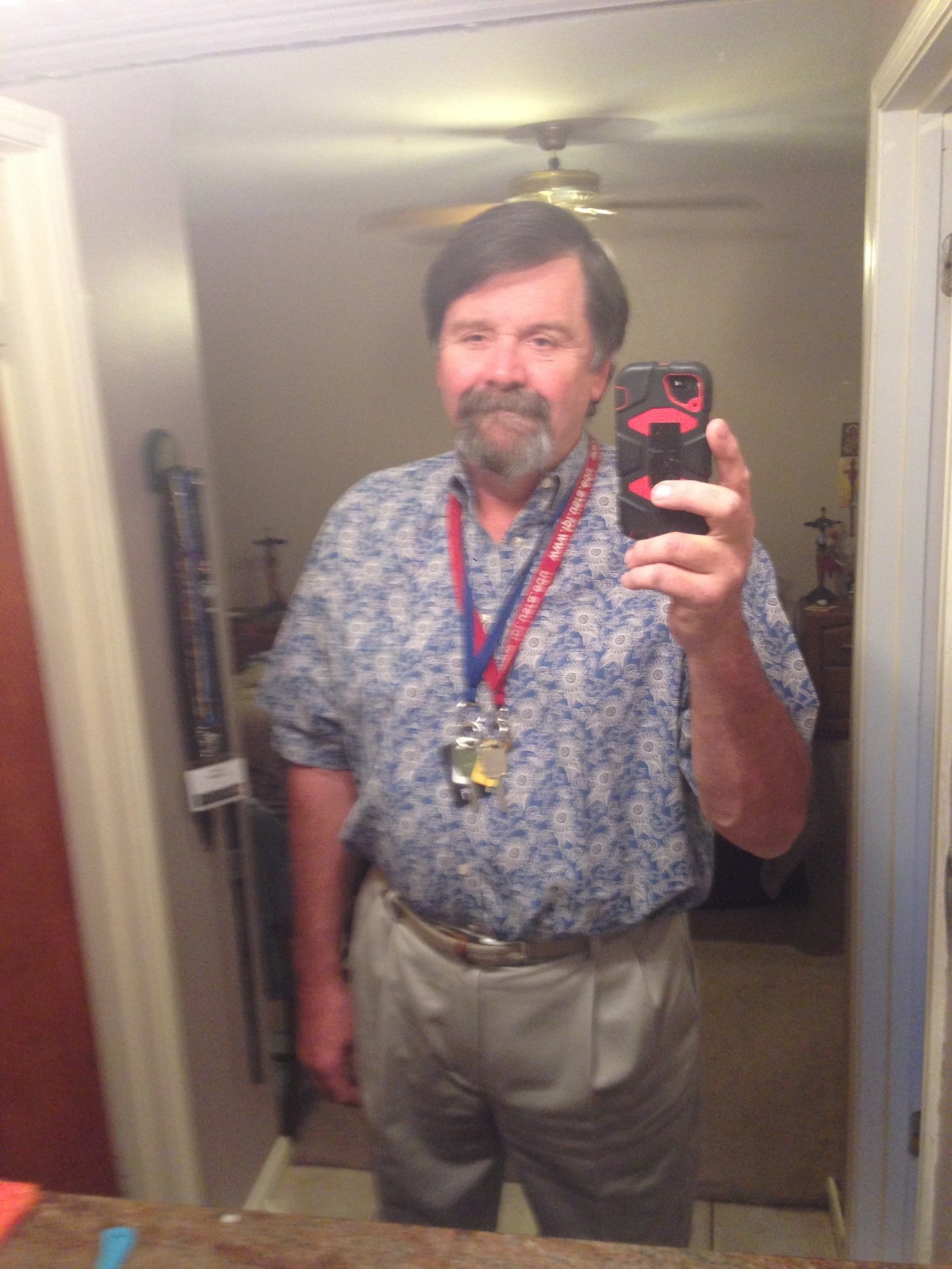 Above:  The Captain after massive cleansing.  The lanyards around my neck carry the truck keys and I am uncomfortable without them for a day or two when  I find  myself at home.  I went to visit my long-lost barber immediately after this photo.

Ironically, much of the Houston visit was taken up with additional journeys.  We drove over near the Louisiana border to visit my Mother’s family.  This is a life-long Thanksgiving tradition for me.  We also drove Benjamin up to UT Dallas to resume his classes.  It is a five hundred mile round trip, but this is a regular days drive for me – and I had a relief driver, as well.

At “The Receiver From HELL” in Southern California

If I were to make this up, people would say it was unrealistic.  I am delivering the Dead Chicken load.  This Foodstuff warehouse (imbedded in the Los Angeles Metroplex)  has set up its loading docks so that a truck backed into a door has only 45 feet of space in front of it.  A 53 foot trailer towed by a tractor with a sleeper is about 70 feet long.

Above:  Close encounters with the Wall are inevitable.  Other drivers spot separations between the new arrival and those already in the doors.  Forty ton vehicles being inched around by drivers looking over their shoulders and in mirrors.

They have set this up so that a truck backing between two occupied doors cannot – repeat cannot – enter the space unless one of the neighboring trucks drops its trailer and moves away.  The wall rules that out completely.  This is the most moronic situation I have yet seen in this Walkabout.  Wait, I may be slandering Morons!  I reckon  that a moron might look at this and say something like, “Who would do such a stupid thing?”

This area might be sensible if the drivers were to drop their trailers over in a staging area and a yard tractor moved them to the doors.  Yard tractors are like 10 feet long and can maneuver easily in and out of tight spaces even with 53 foot trailers.  These 20 foot long sleeper cab tractors cannot.  While I was trapped here, little 30 foot “Straight Trucks (all one piece) pulled in and out of the doors effortlessly.  Annoying little bastards!

There was this one poor man who could not find the driver of the truck beside his door.  He tried for an hour to back into that space and actually scrapped the wall with  his tractor a couple of times before he gave up.  He was driving a ”day cab” – a road tractor with no sleeper (about 15 feet long).  That advantage was not enough.  Finally the missing driver was located and moved out to make it possible.

I moved my tractor away from my trailer to let the truck next to mine exit.  Knowing that empty door would soon be assigned to another victim, I just stayed where I was – in front of the receiving office where a sign says “Don’t park here.”. Sure enough the new convict showed up.  I am checking the load light from time to time.  When finally my trailer is empty I will need to ask someone to drop their trailer in order to leave.

The ordeal at the “Receiver from Hell” went on for over ten hours.  Normally, a driver will try to sleep during these extended waits.  Believe me, I tried.  I would just drop off in a troubled slumber after watching my sleep inducing videos (Dick Van Dyke Show re-runs on Netflix – no, I am not joking)  when a knock on the driver’s door would rouse me.  These were drivers needing me to drop the trailer and move my tractor again, either to back into the door on my passenger side or to leave same.  I know these guys felt bad about waking me, but they had no choice.  Such is a driver’s fate while “sitting in a door”.  Usually the “awakening” is when the trailer is empty and you can depart.  But at this accused place, I was roused at least five times, but still my trailer was clamped to the wall as the load light flashed red.

At long last, the unloaded call did come and I was able to send my “empty” message by satellite to Purgatory (not the ski resort) in expectation of a sweet load from a soft drink factory nearby to Denver, Colorado.  Alas, that load had been given to another as my “hard time” was being served there in Hell. I had stayed through an entire “reset” and now had a new 11 hours of drive time – but with no place to go.  To preserve my options, I did not want to start my “drive clock” since that also starts a 14 hour “duty clock”, beyond which I must be off the road.  The trouble is, I can’t stay here in Hell waiting for an assignment.  Some receivers (this one included) are like those poor bartenders trying to chase out the clients at closing.  You might have heard them say, “You don’t have to go home, but you can’t stay here”.

Creeping around on a Receiver’s lot is not driving and does not count on either a drive clock or duty clock.  As it happened, I was able to “creep” right out the gate and across the street to an industrial park road and station the rig along the curb.  It was late and the place was still and empty.  I had found a “Limbo” where I existed without destination, assignment or even official location.  No one would come ask me to move.  For a time there was a sense of serenity, contentment and peace of mind.

Then came a new assignment.  I would need to chase up North near Bakersfield and pick up a load of produce.  There was no particular hurry since the load would not even be near ready until two days hence.  However, I was motivated to get closer – not because it was so far, but just to get out of Los Angeles during the relative calm of the night and find a place in the emptiness of the Central Valley.

I am there now and have decided to take a 34 hour break, since I have not a specific hour to load but a range of time that will allow me to reset my eight day clock.  It would have run out along the road back to Texas, if not reset now.  I have done all my paperwork, planned the trip and cleaned and organized the “Captain’s quarters” and the “Bridge”.  I took a good walk around what little there is to see here.  Details later.

One thought on “From Houston to the Infernal Reaches”